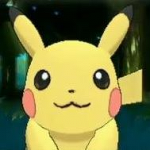 Hey guys, my name is Nate. I am from Mexico, but I moved to the U.S. in July, 2013. I'm fourteen years old. I play sports, and I compose music. I'm a great fan of the SSB series, specially the SSF series. Mainly, I use Mario, Marth, Ness, Samus, Captain Falcon, and Meta Knight on every Super Smash Bros. game. In SSF2, I play mainly as Lloyd, Sora, Mega Man, and Chibi-Robo, as well as my other mains. What I like about Super Smash Flash 2, is not only the characters, stages, or items, but how the game uses the flash engine.

Originally Isaac was my most wanted character for SSF2/SSB4, I thought he was going to make it in SSB4 before SSF2, BUT he made it in one! Thank you so much McLeodgaming! I love you guys so much! I have the theory that Super Smash Flash 2 is going to add popular characters from the GameCube/GameBoyAdvance eras, as well as classic characters. I'm looking for the next couple of characters to be added:

Retrieved from "https://mcleodgaming.fandom.com/wiki/User:Tmx?oldid=88951"
Community content is available under CC-BY-SA unless otherwise noted.