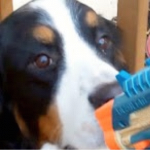 Hey there, I'm CrazyNaut, formerly known here as PeterG99. I've been a fan of Smash ever since I was a little CrazyTod playing Melee, and years after a brief burst of interest in SSF1, I've remained a fan of SSF2 ever since v0.7. These games have become some of those things where I become equally interested in the development of as the games themselves, so I try to actively work as an editor of this wiki!

I'm also a big fan of McLeodGaming's other works. I hold a 100% clear rate in both Yeah Jam Fury games.

I'm more of a page editor than a creator, but I've still made my fair share of pages. Notably, I've created nearly every page related to the Yeah Jam Fury games, and I'm the sole person working on the old TI-83 programs. As for my editing, I've revamped nearly every special move page and fleshed out a lot of removed content pages, as well as list-based pages like Projectile, Composer, and the effects.

Retrieved from "https://mcleodgaming.fandom.com/wiki/User:CrazyNaut?oldid=147868"
Community content is available under CC-BY-SA unless otherwise noted.