Poké Balls allow the player to call forth a randomly chosen Pokémon. The Pokémon will usually have a direct influence on the battle by attacking opponents, but some only cause status effects, act as reflectors, or do nothing to change the battle.

However, unlike Assist Trophies, the Pokémon is not automatically summoned when the player picks it up. In order for the Pokémon to appear, the player must throw the Poké Ball. This also means that they can be thrown at opponents. The Poké Ball must land in order to release the Pokémon inside it.

List of Pokémon that are released from Poké Balls

These are the Pokémon that are randomly released after opening a Poké Ball. The rarity on whom a Pokémon may appear varies:

Poké Balls are the most important items in the core Pokémon games and several spin-offs, where they are used by Pokémon Trainers to catch wild Pokémon, store caught Pokémon and conveniently carry them around. Several different types of Poké Balls exists, which mostly increase the likelihood of catching a wild Pokémon in specific conditions. During battles, Pokémon are sent out by trainers by throwing the Poké Ball into the battlefield, which releases the chosen Pokémon with a burst of light. 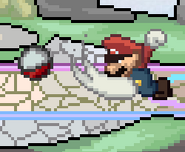 Bomberman standing next to a Poké Ball on Mushroom Kingdom III.
Add a photo to this gallery 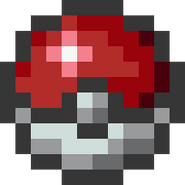 Zygarde.
Add a photo to this gallery

Retrieved from "https://mcleodgaming.fandom.com/wiki/Pok%C3%A9_Ball?oldid=170841"
Community content is available under CC-BY-SA unless otherwise noted.