The mango is a fruit that appears in each level of every game in the Yeah Jam Fury series. The main objective of each level is to use the powers of the three titular characters, Yeah, Jam and Fury, to reach the mango with whatever means possible. This often simply requires touching the mango, but it may also require the player to collect a certain number of coins or Yellow Blocks first.

In both games, the mango comes in a variety of colors depending on the theme of the level, though this is purely aesthetic.

In the original Yeah Jam Fury, only two colors are available. The most common color is orange, which is found in most of the game's levels. However, in the Style and Desert themes, the entire mango is white in color, including the stem and outlines.

In the game's follow-up, Yeah Jam Fury: U, Me, Everybody!, many more varieties of the mango are available. In most level themes, including Sky, Factory, Desert (Light), and Winter, the mango is one of three randomly chosen colors: red, orange, and yellow. Each of these mangoes has a small amount of yellow at the bottom, as opposed to being a single solid color. Like in the original game, a white mango appears in most Desert levels, but in Style levels, the mango is green in color. Less common mangoes include the black mango, which appears in Danse levels such as La Danse Sourir, and the frost-covered blue mango, which appears only in the level Happy Birthday.

In addition to the mango, there are other foods in Yeah Jam Fury: U, Me, Everybody! that can be collected the same way but often have different effects.

On certain levels, there are various other foods in addition to the mango including oranges, potatoes, and fresh milk. The effect they have on the player varies between levels. On some levels, collecting one of these foods is completely inconsequential. On others, these foods have a monetary value and will cost the player a certain number of coins they have collected, making them an obstacle that must be avoided. Unlike the mango, they can be collected even if the player doesn't have the number of coins that the food costs, in which case they will have a negative amount of coins. This could potentially cause the mango to disappear and force the level to restart if this deducts the total amount of coins in the level to an amount less than what is required to collect the mango.

In the secret final level, The Ghost Lingers, the mango is replaced by a red ghost pepper that must be collected to complete the level. Unlike the mango, the ghost pepper has the power to teleport to a new location, which it does by disappearing in a cloud of smoke when the player goes near it. It does this twice in the level, restarting the timer each time, only being collectible the third time. It is the only food that the main characters do not say the name of upon collecting it.

The yellow mango in most levels. 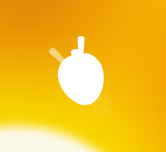 The white mango in Style and Desert levels. 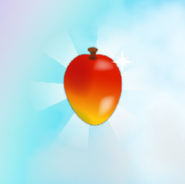 The red mango in most levels. 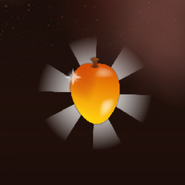 The orange mango in most levels. 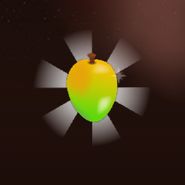 The yellow mango in most levels. 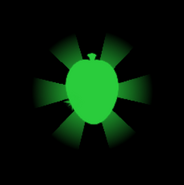 The green mango in Style levels. 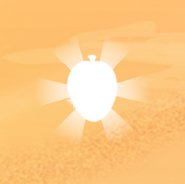 The white mango in most Desert levels. 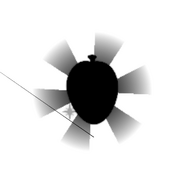 The black mango in Danse levels. 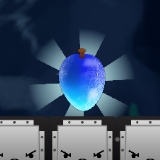 The blue mango in Happy Birthday. 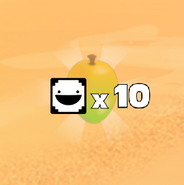 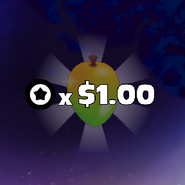