Magic Swap, previously referred to as Spell Select, was originally Sora's down special move in Super Smash Flash 2 prior to v0.8a of the SSF2 Demo, where it was replaced with Thunder.

When performed, Sora would cycle through three spells to change which spell is then usable in his neutral special move at the time, Magic Cast. Sora's whole body would flash a color to indicate which attack has been selected: red for Fire, blue for Blizzard, and yellow for Thunder. Sora would start the match with Fire enabled, and the cycle would go from Blizzard to Thunder to back to Fire. 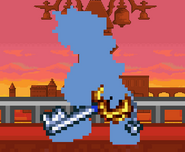 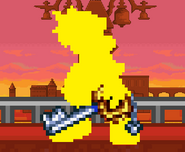 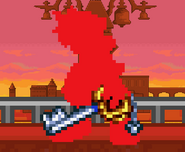