Freezie (Freezer, フリーザー, furīzā) is an enemy in the Mario Bros. arcade game and all of its subsequent remakes. It appeared in later levels to complicate the terrain. It would move along the platforms, then eventually cover one of them completely in ice, destroying itself in the process. This made the platform extremely slippery for players. If Mario made contact with a Freezie, he would lose a life and the only way to defeat it was to jump onto the platform below it.

When a Freezie appears in Super Smash Flash 2, it slides across the stage on its own, speeding up if it encounters a slope. When picked up and thrown, any character hit by the Freezie will be frozen and knocked upwards. Freezies can break if attacked before being picked up. Freezies could easily KO a character at respectable percentages, as well as keeping characters trapped long enough for him/her to take a lot of damage. 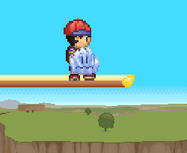 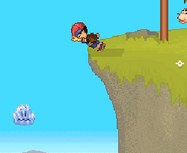 The Freezie sliding off the stage. 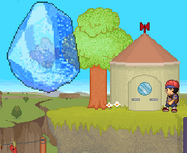 Kirby being frozen by the Freezie.

Sonic is being frozen by Freezie.

Ichigo being frozen by Goku by a Freezie.

Retrieved from "https://mcleodgaming.fandom.com/wiki/Freezie?oldid=84122"
Community content is available under CC-BY-SA unless otherwise noted.