Flags are a common feature in levels of the Yeah Jam Fury series. In both games, they are used primarily to mark the start of every level and set a checkpoint there. In Yeah Jam Fury: U, Me, Everybody!, their function is expanded to lock certain characters the player can use after passing the flag or the beacon it creates upwards, which can be stopped by a block.

Flags also come in a variety of colors, depending on their function and the level's theme. In the original Yeah Jam Fury, most flags are green in color, with black flags in Desert-themed levels. In its follow-up, however, the color of flags is now denoted by which character it locks the player to: yellow for Yeah, blue for Jam, red for Fury, and green for all characters (unless one is excluded). Desert-themed and Danse-themed levels retain the black color, and the yellow, blue, and red flags instead contain the letters Y, J and F respectively to indicate the character they lock. Additionally, the pole of the currently active flag is generally striped to indicate this. 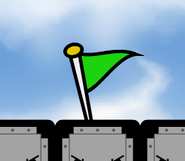 The flag on Sky levels. 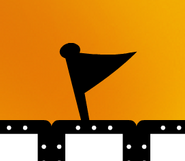 The flag on Desert levels. 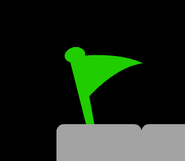 The flag on Style levels.

The four types of flags on Desert levels.

The four types of flags on Style levels. 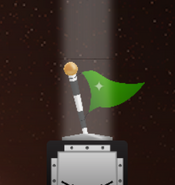 An active flag on Sky levels. 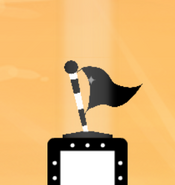 An active flag on Desert levels. 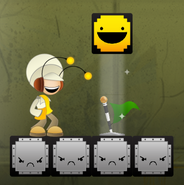 Yeah blocking a flag's beam with a block.
Community content is available under CC-BY-SA unless otherwise noted.
Advertisement