Dr. Wily (Ｄｒ．ワイリー), whose full name is Albert W. Wily, is the main boss character of one of the many Adventure stages in Super Smash Flash 2[1], appearing in his famous Wily Capsule. During the most part of his attacks, he cannot be hit. He uses attacks from many games of the Mega Man series. His sprites were ripped from Mega Man 7. 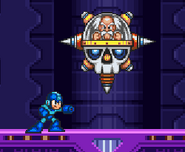 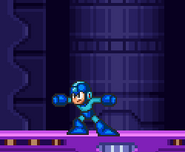 Wily disappearing before attacking Mega Man, who is about to shield. 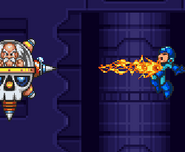 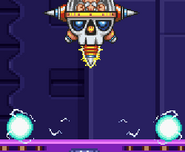 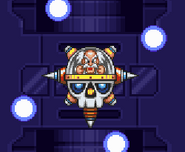 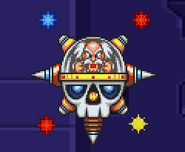 Wily attacking with the Four Shots. 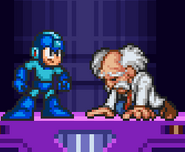 Wily after being defeated.