Battle Card (バトルカード) was a planned item coming from KINGDOM HEARTS: Chain of Memories to be included in Super Smash Flash 2. The third iteration of the Smash Flash DOJO!!! had stated on April 14, 2012 that Battle Cards would no longer be a part of SSF2.[1] 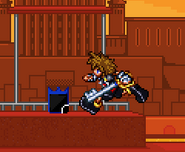 Sora walking against the blue Battle Card, on Twilight Town. 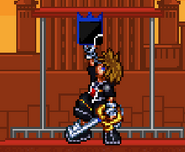 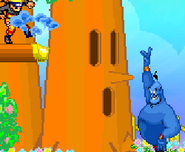 Genie being summoned, on Dream Land. 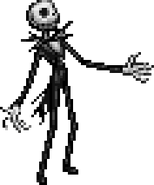